Indeed, Make expects a steep dropoff in new Brazilian wind power commissioning beginning in 2019, although the country connected over 2.5 GW in 2016, and over 2.4 GW each year for the previous three years. But a lack of demand for power, a drop in new wind power purchase agreements (PPAs) in 2016 and a cancelled auction in December are predicted to lead directly to market decline, with new installations expected to fall by more than 50 per cent.

In contrast, Mexico’s wind market appears to be on the rise. The nation awarded more than 1.4 GW of wind power capacity in 2016, at prices as low as $32/MWh. The nation is conducting long-term power auctions to support its 35 per cent clean energy target.

And Chile and Argentina awarded PPAs to almost 3.5 GW of wind power capacity in 2016. Argentina’s 20 per cent renewables target led to the first two rounds of its RenovAr scheme in 2016, with contracts for 1142 MW awarded in round one and 1282 MW in round two. Chile added a record 498 MW of wind capacity in 2016 and plans a 2 GWh auction for December.

And smaller markets in the region are moving toward more wind, Make said, with both Colombia and Peru considering adjusting their market rules to allow wind power to compete effectively. 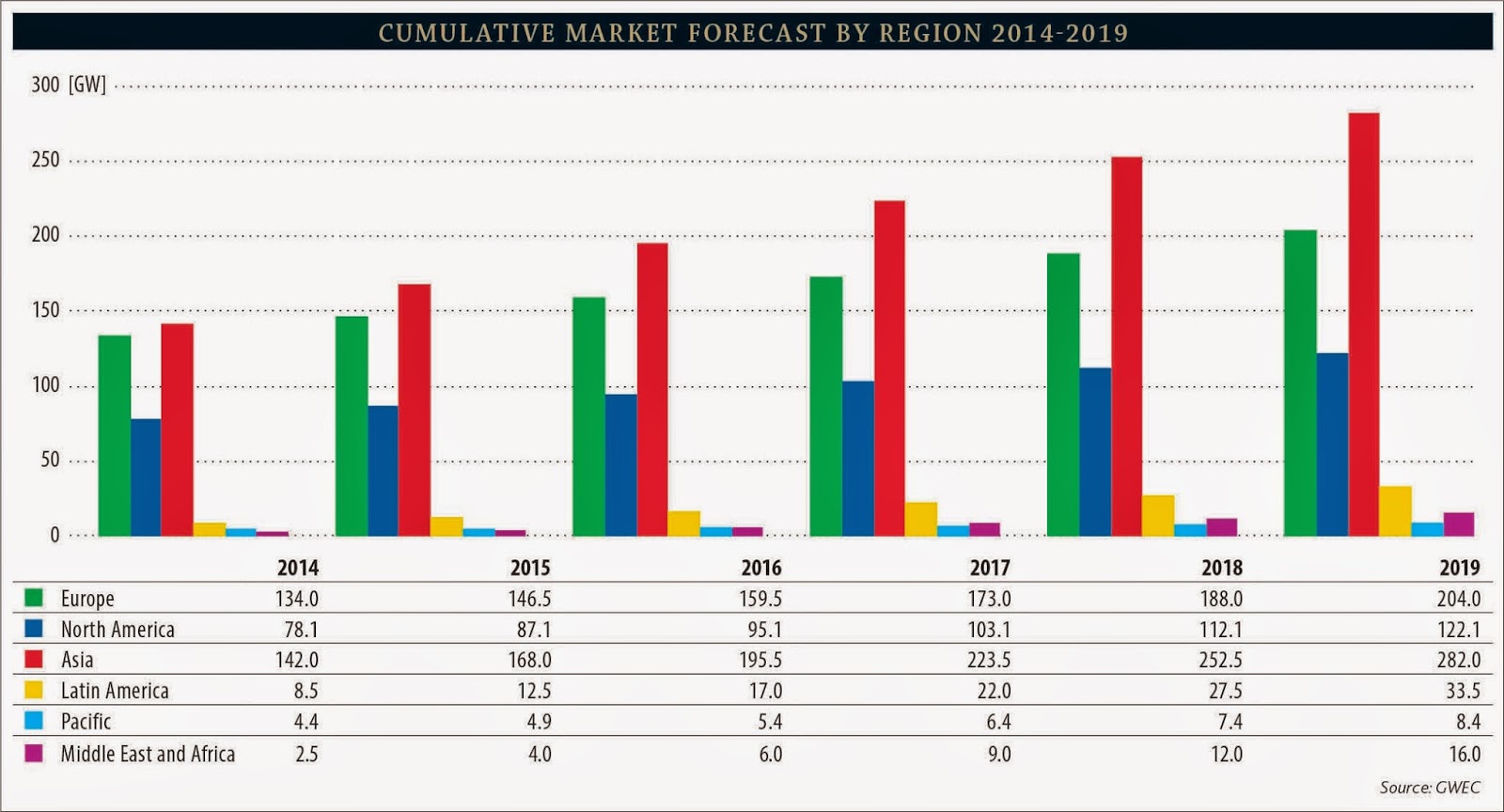