The mayor's office in Bogotá, Colombia, is a pioneer in the implementation of residential homes where homeless people are welcome with their pets

The District of Bogotá, with the purpose of dignifying the lives of street dwellers, launched this innovative place that allows them to spend a quiet night, without leaving the streets exposed to cold and dangers at night to their pet animals.

'Los Mártires' is located in the center-south of the capital of Colombia, is a town is 651 hectares, equivalent to 1.7% of the urban land of the city, with a population of 94,130 citizens in which hundreds of inhabitants that are mainly dedicated to recycling, live on the streets. Many of them suffer from serious addictions to the different psychoactive substances that are available on the streets thanks to the micro-trafficking networks present throughout most of the city.

Clara Lucía Sandoval, director of the Institute for Animal Welfare and Protection (IDPYBA) gave an exclusive interview to Latinamerican Post in which she explains the reasons that led the mayor of Bogotá to implement this new shelter for humans and their pets. 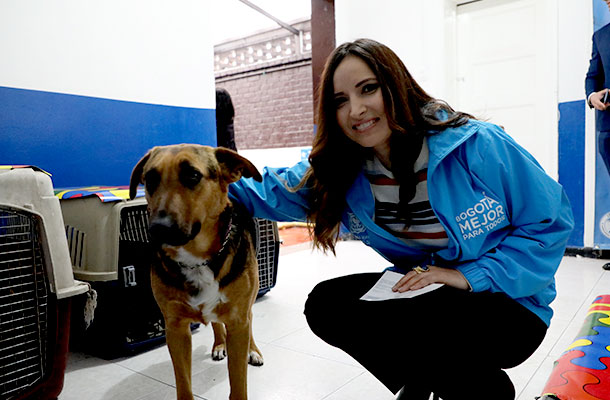 "This is part of a whole policy for the care of the homeless people. Then, within all this work, it is identified that there is a part of this population that is not accessing these services that are being provided because they want to be with their pets. In that sense, the Institute begins to look at the way in which it can have a place for the attention of people and also of their animals", said the high district official.

In many cases, the only family that the inhabitants of the street have to spend the hard hours, the endless days of an endless racking in the streets of the Colombian capital, are their animals. Under the sun and the rain, with heat or cold, there is no more faithful and good-natured than the one who follows his gaze to those who consider their human owners and friends; the dogs are the ones that encourage street dwellers in the most difficult moments. In addition, when hunger presses, the scenes in which the little that the people have, are deeply exciting are turned into the treasure to share with the hairy ones that cheer their life.

Thousands of stories of loyalty and extraordinary friendship that deserve to be told, are given daily among those who walk the streets without a fixed course and their pets that, like their owners, do not have a fixed destination to go.

Sandoval assures that "these passing homes that have been growing throughout the city, welcome the inhabitants of the street with love and in those places they are provided with toilet services and a bed in good conditions where they can rest, but there are also reading activities and even training for some skills, and playful spaces where people feel loved. But now, in those temporary shelters, many of those who arrive there are being told that there is a special one in the town of Los Mártires where they can also find staff who will receive their pets".

But what is the differential factor of this shelter, apart from receiving pets?

The director of the Institute tells us that "all the services that street dwellers and drivers find in all the hostels that the mayor of Bogotá has arranged throughout the city, they find them in this center, but they also find beds for their dogs and cats, in addition, training lectures on responsible tenure so that they know the importance of sterilizing them, giving them necessary care and protection and also, if a veterinary urgency is required, we attend it immediately, we have sterilization services and of course food and drink".

With a supreme requirement in matters of hygiene for the areas of both people and animals, an important factor is marked that prevents animals such as fleas and ticks, among others, proliferate and can cause other types of health complications.

Another service provided by this home is the free sterilization of dogs and cats that arrive with their human friends. In this regard, Clara Lucia Sandoval clarifies that this is a voluntary service and by conviction, "just as you can not take your dog and sterilize it without your will, in the same way, we respect the will of the inhabitant of the street when it comes to his pet's sterilization. However, we try to convince them that this is the best way to prevent more puppies and kittens from wandering alone in the streets suffering all kinds of difficulties and dangers". 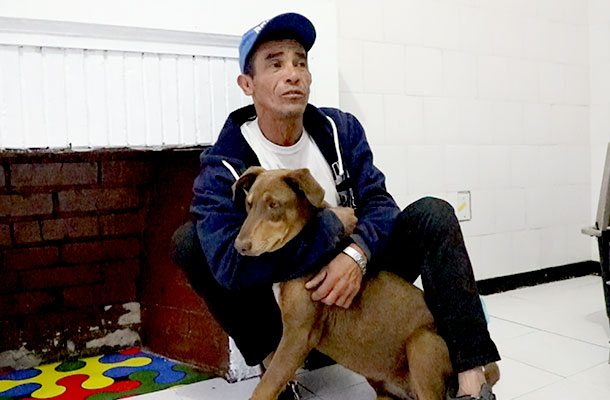 More than 60 thousand sterilizations were practiced in Bogota during 2018 by the mayor in strata 1, 2 and 3. These were, not only for those dogs abandoned or owned by street dwellers but for people who they wish to acquire these services. The purpose is to increase this figure during the current year with the collaboration of citizens who are interested in generating processes for the reduction of abandoned pets wandering and reproducing through the streets.

However, the percentage rate of denials that street dwellers have for the sterilization service of their animals is very low. Through the program, known as "Huellitas de la Calle", combined with this first step home, the mayor of Bogotá seeks to reduce not only the number of abandoned dogs and cats but also the dignity of those who are currently in the company of street people or that are alone. 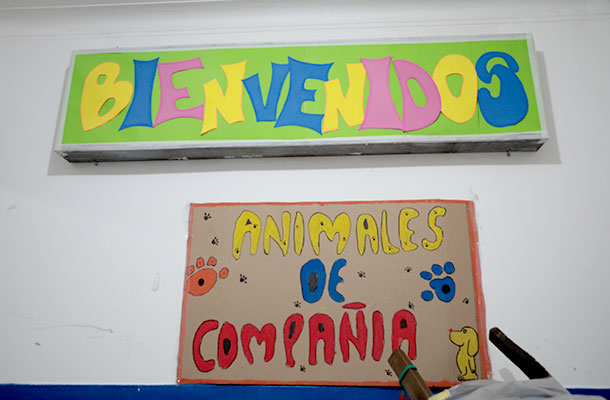 Dealing with a vulnerable population must be an arduous, strenuous and supremely sad job at times. When the director of the Animal Protection Institute is asked if she has ever cried when seeing these people who go to the shelters with their dogs and cats, she, very sensitive and with her voice cut off, responds that:

"More than my eyes, my heart has cried in this program but the excitement that wakes up to see the homeless people that when they play with their dogs, it seems that they forget everything, there are no problems nor needs, there is no self-pity in them, there is no hunger or sadness, in those moments the universe disappears and it seems that only he or she and his puppy existed, that excites me, has moved me many times and yes, I confess that I have brought tears of joy, emotion, of happiness".

This is a pioneering program in Latin America, because in other cities of the continent they take care of the inhabitants of the street and of the pets separately, but in no other country have they combined the feeling of one another to make them commune in one place where they can find care, love and safety for dogs, cats and humans .