The following three paramos can easily be reached from Bogotá, so put on your waterproof boots, grab a raincoat, and head for the city's surrounding hills.

On the outskirts of Bogotá, a mysterious and silent landscape extends for thousands of square kilometers. A unique characteristic to high tropical mountains, moorlands are virgin, tundra-like, high-altitude grasslands bursting with hundreds of species of plants and animals which have adapted to the region’s extreme weather conditions. As a result, many of these species are not found anywhere else on earth.

Untouched by mass tourism, paramos remain an unexplored paradise and Colombia has 36 of them, ranking as one of the countries with the most moorlands. The following three nature spots can easily be reached from the capital, Bogotá.

Sumapaz: The Sumapaz moorland is the largest in the world and lies at an altitude between 3,400 – 4,000m. It was declared a national park in 1977 due to its biodiversity and crucial role as one of the country’s main sources of fresh water. 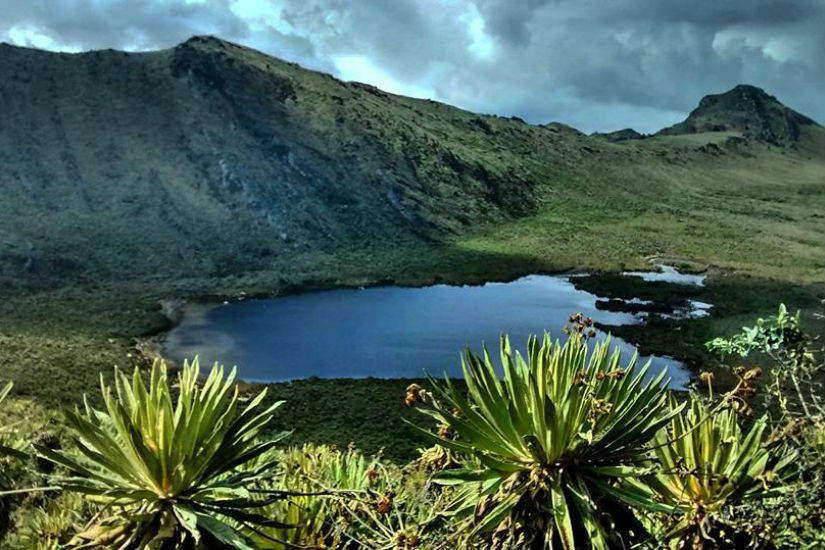 While there, you will be able to see the frailejón; a surreal-looking plant that can only be found within these certain weather and land conditions. Also, the Andean condor can be seen soaring over the Sumapaz paramo and if you are exceptionally lucky you may even spy a puma stalking its pray.

Sunscreen and rain protective gear are essential as the territory is marshland and the weather can change in an instant. Finally, as it’s tricky to get there and quite easy to get lost in the mist, it is best to go with a tour guide. Bogota’s travel agency “Caminantes del Retorno” offers guided group and private trips.

Guasca: The Guasca paramo is located at the Chingaza National Park, around 60km northeast of Colombia’s capital. This ecosystem is unique to the world thanks to the fact that it’s home to over 2,000 species of endangered plants, such as the frailejón shrubs, and over eight species of moss, which can absorb over 40 times their weight in water. 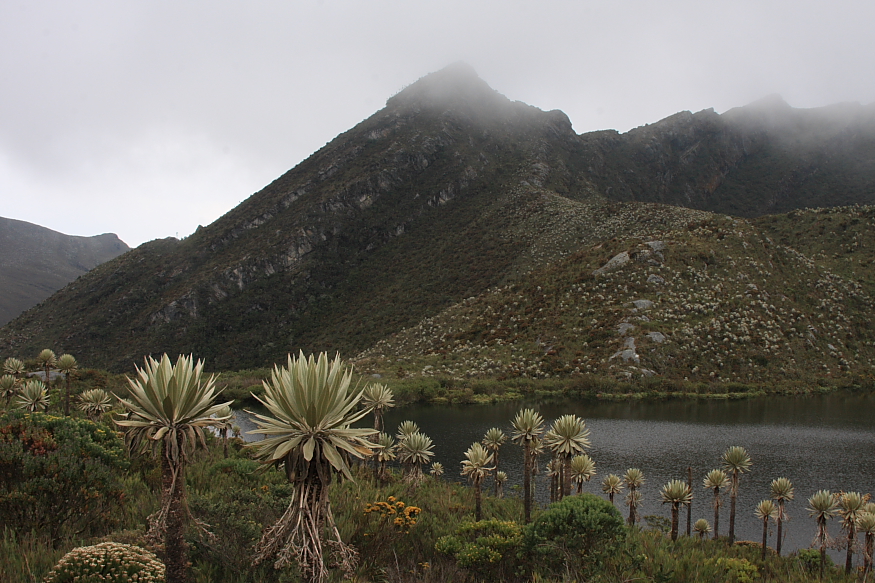 Chingaza has several trails which cut through its soggy marshland. Forget sneakers and bring waterproof shoes, unless you enjoy squishy, cold feet. For a stunning bird's-eye view of the Siecha lagoons, the 7km trek to the Cuchillas de Siecha escarpment will, quite literally, take your breath away.

The park is remote and heavily regulated, only allowing a limited number of hikers per day. Check the Colombian National Parks website (parquesnacionales.gov.co) for more information or book a trip with a tour agency.

Laguna de Iguaque: The 4km trek to the misty Laguna de Iguaque is an energizing, uphill adventure. To arrive at the park when it opens (7:30AM-8AM), it’s important to wake up early. After a bumpy car ride up a mountain next to the beautiful colonial town of Villa de Leyva, Boyacá, one arrives to the entrance of the national park. After paying a fee to hike up to the lagoon, the trek begins. 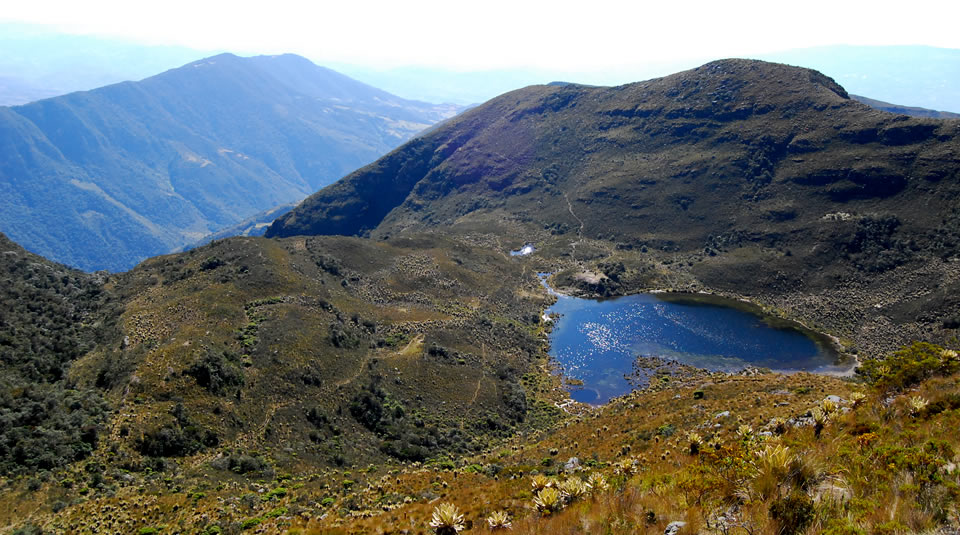 The trail crosses various ecosystems and micro-climates, finally summiting at a serene landscape that, according to Muisca folklore, was the origin of humanity and a sacred pilgrimage site. Traditionally, as Muiscas made the journey up, they would collect bad thoughts into an imaginary pouch and throw it into the lagoon to rid themselves of negative energy.

Don’t let the sparse vegetation fool you into thinking you’re alone: Through the mist, you may observe birds, squirrels, wild rabbits, armadillos, foxes, deer, or even the rare spectacled bear.